Selah was to be featured on national television on an episode of Today in America. 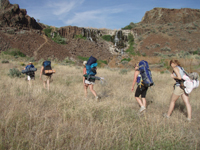 Selah offers several hiking trails and rock climbing opportunities including the Umtanum Ridge Trail and the Tieton River trail. Wildlife viewing opportunities include elk, bald eagle, bighorn sheep, and mule deer. Many of these animals may be seen at the Oak Creek Wildlife Viewing area near Naches. The Yakima River Canyon has a plethora of activities that include river floating, biking, fly fishing, hunting. backpacking, sight seeing, cross-country skiing, and camping. Nearby activities include golfing at River Ridge or the Elks Golf and Country Club, walking the Greenway, and skiing the slopes of White Pass. 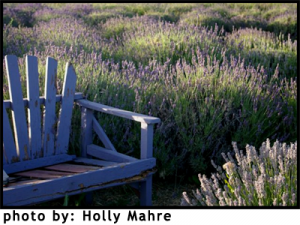 The Yakima Valley is known for its wide variety of agricultural experiences. Selah alone offers locally owned and harvested orchards, Selah Ridge Lavender Farm, Southard Winery, and Selah’s Wednesday Market. Selah is home to the World famous Tree Top fruit processing company as well as several other locally owned fruit packing and storage plants. You will find that the primary crop in the valley is apples, with over 100 different varieties available. You can savor the local fruits and vegetables including apples, peaches, cherries, corn, tomatoes, and more.

Quite often the question is asked if the name “Selah” for a valley and a small city in the fruit growing Yakima County in Central Washington is an Indian name or Biblical. The answer is biblical, but similar to an ancient Indian name for the great salmon fishery river that flows through this region. The Lewis and Clark Expedition on October 17, 1805 had a sketch map made o the bank of the Columbia River of what is now Central Washington. On this date the expedition, with help from the ancient CHEM-NA-PUM tribe, recorded a map on a buffalo robe with a piece of charcoal from a nearby fire.

This first map shows our region as the SELATAR River – a region of a fishery where the water is calm and peaceful. This name, similar to the present “Selah” and shown on the map as the SELARTAR, is an error in translation, as there are no R’s in early local tribes’ dialect. The first white man of record to enter what was to be called “Selah” was in the early spring of 1850. That year, a young missionary, Father Charles Marie Pandosy, Oblate of Mary Immaculate, entered under the protection of the great Yakima Chief, OW-HI. From all early records and maps from 1850, this region has been called “Selah” a name similar to the Indian name. The “Dakes Annoted Reference Bible” says the word “Selah” is used 71 times in psalms. There are seven suggested meanings for the ancient biblical word “Selah.”

One translation was to mean pause and the subject meditated. Credit surely has to be given for our name, “Selah” to the missionary Pandosy, who felt the Indian name for the local region, meaning calm and peaceful, was very close to the biblical “Selah” of pause and meditate.

More complete demographic information can be found at the U.S. Census Bureau.